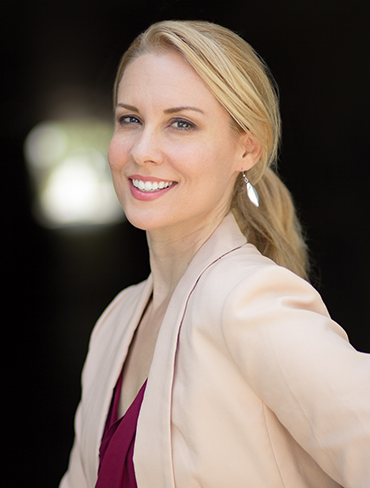 Sloan De Forest is a writer, film historian, and all-around movie know-it-all. As a relative of talking-pictures inventor Lee de Forest, she has film history in her blood. She has authored three books in the Turner Classic Movies library: The Essential Directors: The Art and Impact of Cinema’s Most Influential Filmmakers (2021), Dynamic Dames (2019), and Must-See Sci-Fi (2018).

She is a contributing author of Natalie Wood: Reflections on a Legendary Life by Manoah Bowman and Grace Kelly: Hollywood Dream Girl by Jay Jorgensen, and editor of the upcoming Psycho 60. She has written about film for Sony, Time Warner Cable, Bright Lights Film Journal, The Film Magazine, and other publications.

Her talking head has appeared on CNN’s 2019 series The Movies, as well as the 2022 series Hollywood Icons. Sloan has also made guest appearances on Turner Classic Movies and several podcasts and served as a consultant on the 2020 HBO/Amblin documentary Natalie Wood: What Remains Behind.

She sometimes writes under a nom de plume, occasionally acts, and has been known to lecture film students on the wily ways of film noir dames. A native Texan, she now lives in Hollywood.

View Full Festival Schedule
Sunday, April 24
9:15 am - 11:15 am
WATERLOO BRIDGE (1940)
Back From Battle
Sloan De Forest
Chinese Multiplex House 4
Be in the know on everything related to the TCM Classic Film Festival Sign Up For TCM Emails
By clicking the 'Submit` button I acknowledge the Privacy Policy