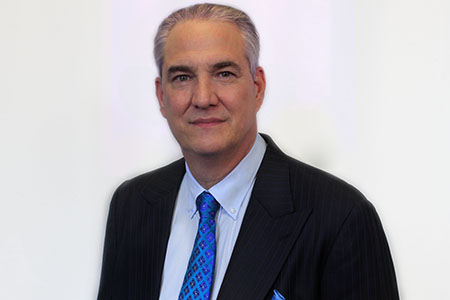 Alan K. Rode (pronounced ROE-DEE) is a biographer and film scholar. He produces and hosts cinema events while providing commentaries for classic film releases to physical media. Alan has appeared in, produced, and written numerous special features and documentaries about classic Hollywood. He has interviewed scores of Hollywood celebrities that are available for viewing at www.alankrode.com.

His biography, Michael Curtiz: A Life in Film, published November 2017, received rave reviews from the New York Review of Books, The Wall Street Journal, and critic Leonard Maltin. After programming and hosting a three-month retrospective of Curtiz’s work at the Billy Wilder Theater, he cohosted a Curtiz spotlight series on Turner Classic Movies with TCM host Ben Mankiewicz. Alan also wrote Charles McGraw: Biography of a Film Noir Tough Guy, and his latest book, Blood on the Moon: RKO Pictures, Robert Wise and the Birth of the Noir Western, is due for publication in early 2023.

Alan is the executive producer and host of the annual Arthur Lyons Film Noir Festival, celebrating its 22nd year in Palm Springs, California, this May.  He is a charter director and the treasurer of the Film Noir Foundation (www.filmnoirfoundation.org), a 501-c non-profit organization dedicated to resurrecting lost films from the classic noir era.

A Vietnam-era veteran, Alan is the theater chairperson for the Hollywood Legion Theater & Drive-in at American Legion Post No. 43. He is currently working on a biography of actress Lizabeth Scott.

View Full Festival Schedule
Friday, April 22
9:00 am - 10:45 am
THE GUNFIGHTER (1950)
Wait Till Your Father Finally Gets Home
Alan K. Rode
Chinese Multiplex House 6
Be in the know on everything related to the TCM Classic Film Festival Sign Up For TCM Emails
By clicking the 'Submit` button I acknowledge the Privacy Policy