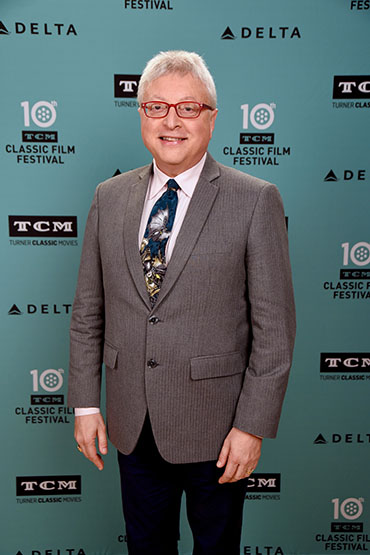 Michael Uslan is the originator and Executive Producer of the Batman movie franchise from 1989’s revolutionary Batman to the acclaimed Dark Knight trilogy (2005-2012), to recent blockbusters Joker (2019) and The Batman (2022). Additional globally branded properties in which he has been involved include National Treasure (2004), Constantine (2005), The Lego Movie (2014), and the Emmy Award-winning children’s series Where in the World Is Carmen Sandiego?

Uslan’s memoir, The Boy Who Loved Batman, was published by Chronicle Books in 2011 and serves as the basis for his 2022 Broadway-bound play, Darknights and Daydreams. His new book, Batman’s Batman: A Memoir from Hollywood, Land of Bilk and Honey, was released in March 2022.

View Full Festival Schedule
Thursday, April 21
9:30 pm - 11:15 pm
HAIL THE CONQUERING HERO (1944)
Back From Battle
Michael Uslan
Chinese Multiplex House 6
Sunday, April 24
9:00 am - 11:00 am
AFTER THE THIN MAN (1936)
Second Time Around
Michael Uslan
Chinese Multiplex House 1
Be in the know on everything related to the TCM Classic Film Festival Sign Up For TCM Emails
By clicking the 'Submit` button I acknowledge the Privacy Policy