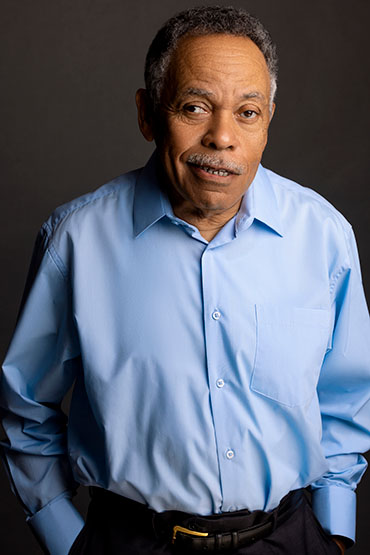 Luis I. Reyes is the author of the upcoming book Viva Hollywood: The Legacy of Latin and Hispanic Artists in American Film for Turner Classic Movies and Running Press, to be published in September 2022.

Reyes is a nationally renowned film scholar, journalist, and lecturer who is an authority on the history of Latinxs in the Hollywood film industry. He is the author or coauthor of several published books on film, including the seminal volume Hispanics in Hollywood : An Encyclopedia of Film and Television with Peter Rubie (updated in 2000 as Hispanics in Hollywood: A Celebration of 100 Years in Film); Made in Paradise: Hollywood’s Films of Hawai’i and the South Seas and The Hawaii Movie and Television Book: Celebrating 100 Years of Film Production Throughout the Hawaiian Islands, both with Ed Rampell; and Made in Mexico: Hollywood South of The Border.

Reyes has been featured on TCM, CNN, Good Morning America, and NPR’s Latino USA. His articles on film have appeared in the Los Angeles Times, the Oakland Tribune, DGA Quarterly, and Hawai’i Magazine.

View Full Festival Schedule
Sunday, April 24
11:45 am - 2:00 pm
POPI (1969)
Discoveries
Discussion before
Luis I. Reyes
Chinese Multiplex House 6
Be in the know on everything related to the TCM Classic Film Festival Sign Up For TCM Emails
By clicking the 'Submit` button I acknowledge the Privacy Policy