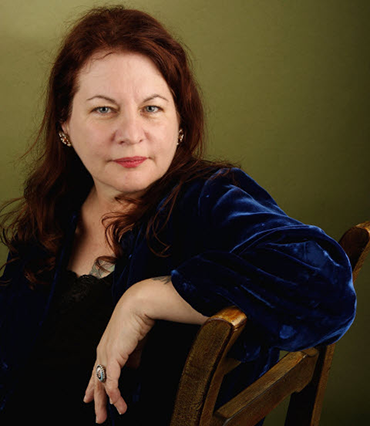 Allison Anders is an award-winning screenwriter and film director whose work includes Gas Food Lodging (1992), Mi Vida Loca (1993), Grace of My Heart (1996), and Things Behind the Sun (2001). She’s directed countless episodes of TV, including Sex and the City, Orange Is the New Black, Southland, Murder in the First, Mayans M.C., Riverdale, and The Affair. She was nominated for an Emmy for Best Director for the TV movie Ring of Fire (2013). She’s a MacArthur Fellow and a Peabody Award winner.  She is also Distinguished Professor of Film and Media at U.C. Santa Barbara.

View Full Festival Schedule
Saturday, April 23
9:15 pm - 11:00 pm
PORTRAIT OF JENNIE (1948)
Reunited In Time
Allison Anders
Chinese Multiplex House 4
Be in the know on everything related to the TCM Classic Film Festival Sign Up For TCM Emails
By clicking the 'Submit` button I acknowledge the Privacy Policy