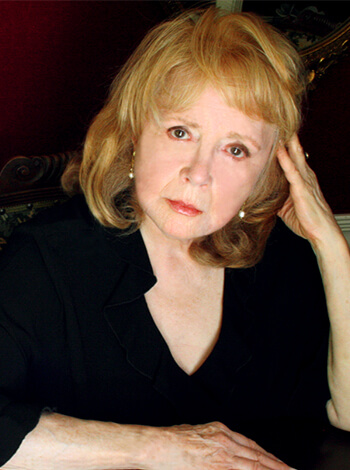 A CONVERSATION WITH PIPER LAURIE

Acclaimed actress Piper Laurie reflects on her illustrious career in film, television, and theatre. A three-time Oscar nominee for her performances in The Hustler (1961), Carrie (1976), and Children of a Lesser God (1986), and winner of both an Emmy and a Golden Globe, Laurie has portrayed over 100 characters in every imaginable genre, appearing alongside the likes of Paul Newman, Rock Hudson, Tyrone Power, Cliff Robertson, and Walter Matthau. Beyond her acting career, she has been a figure on the world stage as a dedicated anti-war and civil rights activist.