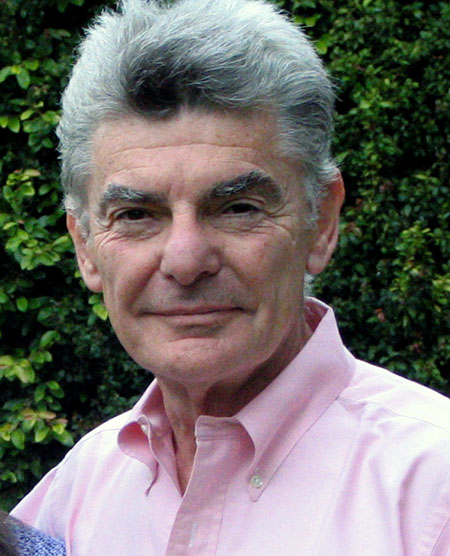 Raised on Manhattan’s West Side, Benjamin graduated from New York’s High School of Performing Arts and then from Northwestern University, majoring in drama.  His first professional acting job was in Joseph Papp’s New York Shakespeare production of The Taming of the Shrew.  In 1964 Mike Nichols cast him in the lead role for the national company of Neil Simon’s Barefoot in the Park and later he directed the London production of the now-classic romantic comedy.  Upon his return from London, Benjamin was signed to co-star with Dan Dailey in the national company of another Neil Simon classic, The Odd Couple.  Benjamin made his Broadway debut in Simon’s The Star-Spangled Girl.  His other Broadway credits include The Little Black Book and The Norman Conquests.

In 1982, Benjamin made the transition from acting to directing with My Favorite Year, a film that brought Peter O’Toole an Oscar nomination for Best Actor.  Benjamin has since directed the films Racing with the Moon (1984) with Sean Penn and Nicolas Cage; City Heat (1984) with Clint Eastwood and Burt Reynolds; The Money Pit (1986) with Tom Hanks and Shelley Long; Little Nikita (1988) with Sidney Poitier and River Phoenix; My Stepmother Is an Alien (1988) with Dan Aykroyd and Kim Basinger; Downtown (1990) with Anthony Edwards and Forest Whitaker; Mermaids (1990) with Cher, Winona Ryder, and Bob Hoskins; Made in America (1993) with Whoopi Goldberg and Ted Danson; Milk Money (1994) starring Melanie Griffith and Ed Harris; and Mrs. Winterbourne (1996) with Shirley MacLaine, Ricki Lake, and Brendan Fraser.

Benjamin directed the acclaimed military satire The Pentagon Wars (1998) for HBO.  He then directed Neil Simon’s Laughter on the 23rd Floor (2001) for Showtime Networks, which received an Emmy nomination for Outstanding Made for Television Movie.

On television, Benjamin co-starred with his wife, Paula Prentiss, in the CBS series He & She (1967-68) and starred in the Hallmark Hall of Fame presentation of Arthur Miller’s Fame (1978).  Benjamin also hosted two top-rated episodes of NBC’s Saturday Night Live, one of which earned an Emmy nomination.

In 2005 he starred in All My Sons by Arthur Miller with his wife and son, Ross Benjamin, at Shadowlands Theater in Ellenville, New York.  He then directed the film A Little Thing Called Murder (2006), starring Judy Davis.  In Los Angeles he starred with George Segal at the Geffen Playhouse in the American premiere of Heroes, adapted and translated by Tom Stoppard. Richard appeared on the Showtime series, Ray Donovan. At a benefit for Theatre 40, Richard and Paula were pleased to read the letters of Abigail and John Adams.

View Full Festival Schedule
Friday, April 22
9:00 am - 11:00 am
THE SUNSHINE BOYS (1975)
Essentials
Discussion after
Richard Benjamin, Randy Haberkamp
Chinese Multiplex House 1
Saturday, April 23
11:30 am - 1:45 pm
THE LAST OF SHEILA (1973)
Discoveries
Discussion after
Richard Benjamin, Dave Karger
Chinese Multiplex House 6
Be in the know on everything related to the TCM Classic Film Festival Sign Up For TCM Emails
By clicking the 'Submit` button I acknowledge the Privacy Policy