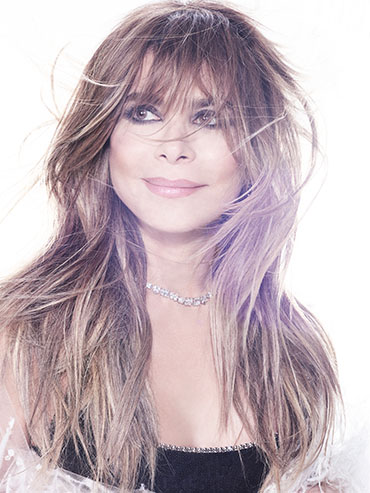 Worldwide sensation Paula Abdul is best known as a music superstar, with 60 million records sold and six number-one hits, and more recently for her nine-season run as a judge on American Idol. She continued her on-screen success as executive-producer and star of the CBS competition series, Live to Dance, followed by another role as a judge on Fox’s The X-Factor.  Soon after, she completed two seasons as a judge on So You Think You Can Dance? and one season on So You Think You Can Dance? Australia. After more than 25 years, she made her triumphant return to touring with Live Nation’s 2018 The Total Package Tour. Selling half-a-million tickets, Abdul hit 45 cities in the U.S. alongside Boyz II Men and New Kids on the Block. The next year, Abdul embarked on her first solo tour in decades, Straight Up Paula!,  which brought her all over the U.S. to sold-out theaters. Known as one of America’s pop music pioneers, she has been recognized with two Emmy Awards, two Grammy Awards, three American Music Awards, and is a multi-platinum recording artist.

In August 2019, Abdul launched her Las Vegas residency, Paula Abdul: Forever Your Girl, at the Flamingo Showroom with Caesars Entertainment Group. This high-intensity dance and musical show had four legs over the past year and sold out each and every show.

As an actress, Abdul has appeared on Fox’s Cooper Barrett’s Guide to Surviving Life, ABC’s Fresh Off the Boat, Lifetime’s Drop Dead Diva, and more.

Aside from being a gifted entertainer, she has become an active spokesperson and advocate for national charity organizations, including the American Humane Association, Natural Balance Pet Food and Petco, and Turnaround Arts. Recognized for her charitable work, the Avon Foundation previously tapped Abdul to become their Avon Global Ambassador for their international #CheckYourself digital campaign in support of Breast Cancer Awareness month.

Abdul has traveled the country, speaking publicly on her creative passions, drive, and professional experience. Some of the leading companies, organizations, and events in which she has spoken at include WE.Org, Pepsico’s Women CEOs, Cigna Health, Greater Miami Jewish Federation for Women, Empower 180, Genius Network, Hudson Union Society, and others.