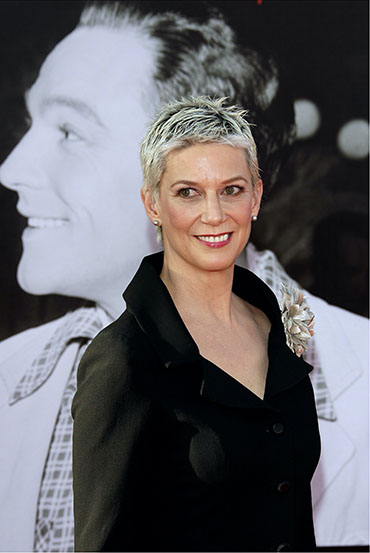 Patricia Ward Kelly is the wife and biographer of legendary dancer, director, and choreographer Gene Kelly. She and her husband met at the Smithsonian in Washington, D.C. in 1985, when he was the host/narrator for a television special and she was a writer. Soon after, he invited her to California to write his memoir, a job for which she recorded his words nearly every day for over ten years. They married in 1990 and were together until his death in 1996. Currently, Mrs. Kelly serves as Trustee of The Gene Kelly Image Trust and Creative Director of The Gene Kelly Legacy, Inc., a corporation established to celebrate Gene Kelly’s artistry worldwide. She lives in Los Angeles where she curates the Gene Kelly Archives and is completing the book about her late husband.

Mrs. Kelly’s one-woman show, Gene Kelly: The Legacy – An Evening with Patricia Ward Kelly, is currently on tour in the U.S. and abroad. Her live Symphonic/Cinema tribute, Warner Bros. Presents Gene Kelly: A Life in Music, in the spring of 2018 with the Royal Scottish National Orchestra, traveled to the Kingston Symphony in Canada and the RTÈ Orchestra in Dublin, and is now available for booking worldwide.

In 2021, Patricia Kelly served as Creative Consultant for Scottish Ballet’s “re-imagining” of the ballet that Gene Kelly created for the Paris Opera in 1960. Now called “Starstruck,” the 60-minute piece played to sold-out houses in Glasgow and Edinburgh and will travel to the U.S. in 2023/2024. The film of “Starstruck” is now available for viewing on Marquee TV.