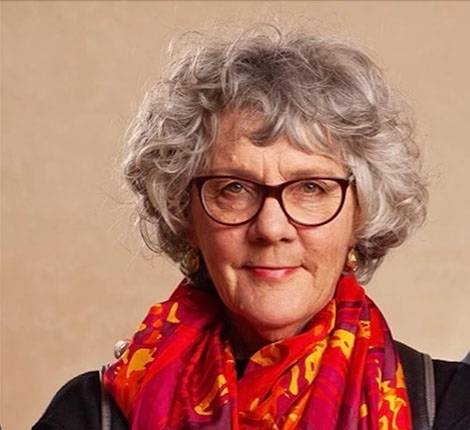 Maggie Renzi has been John Sayles’s creative partner since 1978 and she has produced nearly all his movies.

She has also acted in many of them. Renzi and Sayles were students together at Williams College in the early 1970s and have been together since 1973.​

Before becoming a full-time producer, Renzi had worked as a bookstore clerk, a pediatric receptionist, a substitute teacher, a casting assistant, a talent agent’s assistant, and for two years as a salad chef in Southern California. She began her acting career as a child at the Williamstown Theater Festival, where she continued to perform into her twenties. Renzi began her professional association with Sayles when she played a leading role in his first film, Return of the Secaucus Seven (1980), where she was also Unit Manager and Assistant Editor.​

In addition to mastering the highly specialized craft of producing thematically ambitious films on small budgets, under often adverse conditions, Renzi has made key creative contributions to many of Sayles’s films – suggesting that Louisiana was the perfect location for Passion Fish, for example, and discovering the novel by Rosalie K. Fry that Sayles adapted as The Secret of Roan Inish.

Since her linchpin performance as Kate, who hosts the weekend gathering in Secaucus Seven, Renzi has also played featured roles in many of the movies she has produced. She is especially memorable as Sheila the friendly neighbor in Lianna, as the social worker Noreen in The Brother from Another Planet, as the Italian immigrant wife Rosaria in Matewan, and as the American tourist glued to her guidebook in Men with Guns. She also appeared in Jonathan Demme’s film Swing Shift (1984) and in Key Exchange (1985).

“It’s pretty interesting to have a record of yourself aging on film,” Renzi says. “In Secaucus Seven I was twenty-eight years old and I weighed a hundred and eighteen pounds. By the time I saw myself in Passion Fish, I thought, ‘I think I’m gonna wait until I’m a genuine old lady before I go in front of a camera again.’ Also, I really like producing. It’s where I am most fully myself at work, more than I am as an actress.”

“Different producers have different styles,” Renzi asserts. “Mine is very hands on. Even now, I’ve been doing it for thirty-plus years, I’m still up and on the set at morning call and I eat with everyone else and I wrap out the day with everyone else. My job is really about fulfilling the director’s vision. I think particularly as a woman it’s taken me a long time to really sit in my own chair. But also it doesn’t really suit the independent style to be too much of a show-off about being a producer.”

Recently, Renzi was an Executive Producer with Sayles on the Alejandro Springall movie, entitled Morirse está en Hebreo, or My Mexican Shivah (2007).

Most of Renzi’s time is spent tending to the legacy of the 18 Sayles films, with the mission of handing all the films to the Sayles/Renzi Archive at UCLA and University of Michigan, in good physical condition and with clean chains of title.

View Full Festival Schedule
Saturday, April 23
9:00 am - 11:00 am
RETURN OF THE SECAUCUS SEVEN (1980)
Class Reunions
Discussion before
John Sayles, Maggie Renzi
Hollywood Legion Theater
Be in the know on everything related to the TCM Classic Film Festival Sign Up For TCM Emails
By clicking the 'Submit` button I acknowledge the Privacy Policy