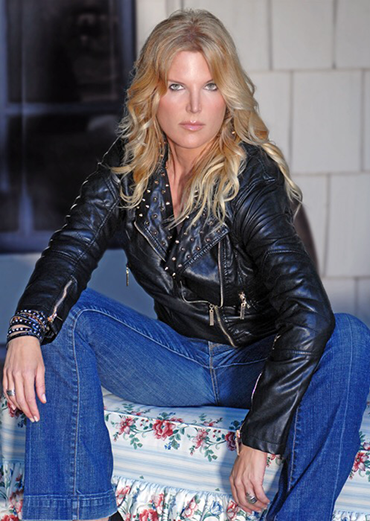 Louise B. Stratten was born in Vancouver, British Columbia. She has extensive leadership within the entertainment industry. She has achieved stellar results as an actress, writer, and producer.

She studied acting with Stella Adler theater studio. As an actress, she has appeared in several films and T.V. productions. She costarred with Rob Lowe in Illegally Yours (1988), with Cicely Tyson in The Price of Heaven (1997), and with Vivica A. Fox in “A Saintly Switch” on the series The Wonderful World of Disney; and appeared in Noises Off (1992) and Henry Jaglom’s film Irene in Time (2009).

Louise has worked in a producing capacity with the Kennedy-Marshall Company, which produces films with Steven Spielberg (Amblin), and with whom she is currently producing a limited series based on Peter Bogdanovich’s book The Killing of the Unicorn about her sister, Dorothy Stratten. Her accomplishments also include producing news segments for The CBS Morning News.

Louise was married for over a decade to legendary director and filmmaker Peter Bogdanovich, with whom she cowrote the screwball comedy screenplay Squirrels to the Nuts, soon to be released in its original director’s cut by Lionsgate, produced by Wes Anderson and Noah Baumbach. She is currently writing and developing a pilot for a TV series. Her exceptional dedication and passion as a writer have been the inspiration of a project in development, a shelter for victims of domestic violence, The Dorothy Stratten Foundation. She divides her time between New York and L.A.

As the sister of Dorothy Stratten—playmate of the year in 1980, an actress and model who was brutally murdered by her estranged husband—Louise has had the rare opportunity to become involved in the entertainment industry. She witnessed domestic abuse while growing up and has since become actively involved in promoting awareness that there has to be stability and financial independence provided in order for victims to escape domestic abuse. She is aware women will repeatedly try to leave abusive relationships but often return because of a lack of confidence and economic stability.

Louise B. Stratten has served as a volunteer for the Downtown Women’s Center in L.A. while working on domestic violence issues with several local homeless shelters, including 1736 Family Crisis Center and Second Chances. She has gotten personally involved and believes she can contribute more, and this role has certainly made her a much stronger and better woman today. She has helped numerous women and children gain self-esteem and confidence. She has given them an opportunity, through her experience, to call themselves survivors in mainstream society. She has spoken on domestic violence at the White House and around the U.S. and Canada.

Since Peter Bogdanovich’s passing earlier this year, Louise has made it her mission to help facilitate finishing some of Peter’s projects and getting them out for the world to see. Louise and Peter had completed several projects together, including a script called Our Love Is Here to Stay, cowritten with Sam Kashner, about the Gershwin brothers. Also to be released is the podcast One Hand Shake Away, with Peter, Louise, and several guests directors, including Quentin Tarantino, Guillermo del Toro, Rian Johnson, and Ken Burns. In the future, Louise would like to give directing a try, herself.

View Full Festival Schedule
Sunday, April 24
9:00 am - 11:00 am
PAPER MOON (1973)
Essentials
Louise B. Stratten, Ben Mankiewicz
TCL Chinese Theatre IMAX
Be in the know on everything related to the TCM Classic Film Festival Sign Up For TCM Emails
By clicking the 'Submit` button I acknowledge the Privacy Policy