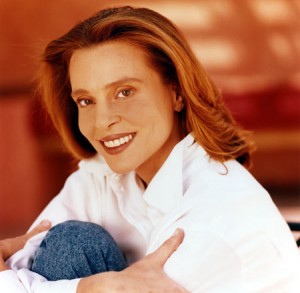 Born to a diplomatic family in Washington, D.C., Leigh Taylor-Young began her formal education as an economics major at Northwestern University. Upon discovering her love for acting, Leigh changed her major to theatre and studied under the renowned teacher, Alvina Krause. In recognition of Leigh’s emerging talent, Krause allowed her to perform as the youngest member of the distinguished Eagles Mere Playhouse summer repertory theater. Leigh then continued her studies in New York City with Sanford Meisner at The Neighborhood Playhouse.  Following a great passion for theatre, Leigh soon opened on Broadway in 1966 as the juvenile lead in the comedy 3 Bags Full.  She returned to off-Broadway in 1983 in Catastrophe, one of Samuel Beckett’s last works, and toured with the company in Los Angeles, New York, and Europe.

In 1968, Leigh began her diverse film career by starring opposite Peter Sellers in the now-classic comedy, I Love You, Alice B. Toklas! She then starred with Robert De Niro in The Gang That Couldn’t Shoot Straight (1971), with Charlton Heston in Soylent Green (1973), with Albert Finney in Looker (1981), with Omar Sharif in The Horsemen (1971), and with Glenn Close and Jeff Bridges in Jagged Edge (1985).  More recent films include Bliss (1997), Klepto (2003), Slackers (2002), and Spiritual Warriors (2007).  Having appeared regularly in such well-known television series as Peyton Place, Dallas, and Picket Fences, for which she won an Emmy; two daytime series, Passions and Sunset Beach; and with guest spots on Beverly Hills, 90210, The Sentinel, Star Trek: Deep Space Nine, and many other popular television shows, Leigh demonstrates her creative diversity and fine talents by connecting with audiences through theatre, films, and television.

Along with her dedication to acting, Leigh has pursued an ever-expanding devotion to spiritual awareness, peace, and loving service.  An ordained minister since 1975, Leigh studied and worked closely with her spiritual teacher, John-Roger, the Founder of the Movement of Spiritual Inner Awareness.  In recent years, Leigh has traveled the world with her life partner, John Morton, President of John Morton Ministries, together presenting seminars, workshops, and heartfelt service to assist others in awakening spiritually, and for creating a better world. As Vice-President of John Morton Ministries, Leigh is deeply supportive of the Ministries’ inspiring works, assisting others to see the goodness in themselves and touch into their own divine co-creatorship.

Leigh served as Special Advisor in Arts & Media for the United Nations Environment Programme (UNEP) as well as the Keynote Speaker for UNEP’s 20th Anniversary. In 1995, Leigh served as Goodwill Ambassador from the U.N. for ICEBRIDGE: First Arctic Environmental Forum.  As a spokesperson for both corporations and charitable organizations, Leigh has represented the Institute for Individual and World Peace, Ted Turner’s Better World Society, MCI Corporation, Hands Across America, and the American Cancer Society. She has hosted a Muscular Dystrophy Telethon and has been an Advisory Board member for Heartfelt Foundation and the EduCare Foundation, a youth leadership training program.

Leigh served as the voice for the “Search for Serenity” series of audio meditations for “A Course in Miracles.” She also wrote, produced, and narrated the “Spirit of Peace” meditation, first presented live at the United Nations, and then released as a CD along with John Morton’s meditation, “Gathering of Peacemakers.”  Having an extensive interest in the interrelationship of body, mind and spiritual healing, Leigh’s ministry includes serving others by educating and supporting health, fitness and alternative forms of healing and consciousness-raising experiences.

Leigh has one son, Patrick O’Neal, a sportscaster for Fox Broadcasting in Los Angeles, California. She has two beautiful granddaughters, Sophia and Veronica.  She lives with John Morton in Pacific Palisades, California.

View Full Festival Schedule
Friday, April 22
8:00 pm - 10:00 pm
SOYLENT GREEN (1973)
Poolside at the Hollywood Roosevelt
Discussion before
William Joyce, Leigh Taylor-Young
Poolside at The Hollywood Roosevelt Hotel
Be in the know on everything related to the TCM Classic Film Festival Sign Up For TCM Emails
By clicking the 'Submit` button I acknowledge the Privacy Policy