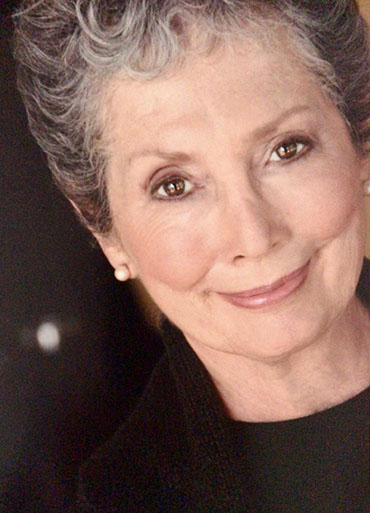 A Los Angeles native, Jackie Joseph is an actress and writer, best known for starring in The Little Shop of Horrors (1960) and her co-starring role on The Doris Day Show from 1971 to 1973.

The Billy Barnes Review was the music-comedy ensemble that launched Jackie Joseph’s career on stage in the late 1950s. Television variety shows were a natural extension. She was a regular on Bob Newhart’s early 1961 series and appeared on shows hosted by Danny Kaye, Carol Burnett, Danny Thomas, and Bobby Darin. Her vast sitcom credits include guest spots on The Dick Van Dyke Show, The Andy Griffith Show, That Girl, F Troop, Hogan’s Heroes, Gomer Pyle: USMC, Petticoat Junction, and many more, before becoming a series regular on the last two seasons of The Doris Day Show. Jackie also appeared in Doris’s last film, With Six You Get Eggroll (1968), in addition to The Cheyenne Social Club (1970) and Gremlins (1984).  She is also well-known for providing the speaking voice of Melody in the Josie and the Pussycats animated series.

A lifelong animal lover, Jackie joined Doris and friends to form Actors and Others for Animals in the early 1970s and remains on its board of directors.