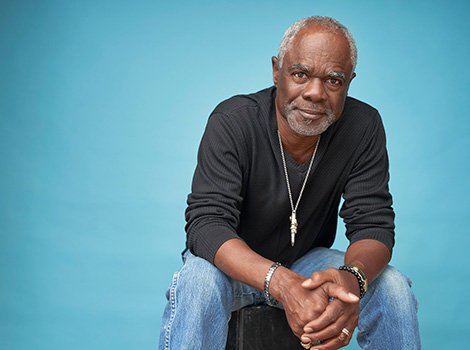 Award-winning, New York City-born actor Glynn Turman enjoyed his first real taste of acting success as a young teenager, originating the role of Travis Younger on Broadway in Lorraine Hansberry’s landmark play A Raisin in the Sun in 1959, opposite Sidney Poitier and Ruby Dee as his various family members. Upon graduation from the renowned High School of Performing Arts in New York, he apprenticed in regional and repertory companies throughout the country until he settled in Los Angeles in the mid-1970s. Turman is also an award-winning stage and television director, helming episodes of Hanging with Mr. Cooper and The Wayans Bros., also directed during his seasons of acting work on the Cosby Show spinoff, A Different World. His strong work in film and television continues today with his memorable roles on The Wire, House of Lies, and Queen Sugar, among many others.

In 2008, Turman scored his first Emmy win as Outstanding Guest Actor for the HBO series In Treatment and he earned his second Emmy nomination for the same category in 2019 for his role as Nate Lahey Sr. on ABC’s How to Get Away with Murder. Turman has a Los Angeles Critics Award, a Dramalogue Award, and multiple NAACP Image Award nominations, including in 2015 for his portrayal as Jeremiah Kaan on the Showtime hit series House of Lies. He’s won three NAACP Image Awards and a NAACP Lifetime Achievement Award for Theatre; the 2011 National Black Theater Festival’s Sidney Poitier Lifelong Achievement Award; the 2010 Pan African Film Festival Lifetime Achievement Award; the 2013 & 2010 L.A. Stage Ovation Awards for Outstanding Lead Actor for two August Wilson plays: Joe Turner’s Come & Gone and Two Trains Running; and in 2017, he was nominated for a third Ovation Award and a NAACP Theatre Image Award as Outstanding Lead Actor for Ma Rainey’s Black Bottom. Also starring in the film adaptation of Ma Rainey’s Black Bottom in 2020 opposite Viola Davis and the late Chadwick Boseman, Turman was awarded the Los Angeles Film Critics Association Award for Best Supporting Actor and garnered nominations from the Film Independent Spirit Awards, the National Society of Film Critics Awards, and the NAACP Image Awards. In the same year, Turman had another outstanding role in FX’s Fargo as Dr. Senator, for which he was nominated for a Critics Choice Television Award for Best Supporting Actor in a Miniseries.

Turman’s career has catapulted to new heights since his Emmy win in 2008, and his upcoming projects are a testament to his non-stop work releasing this year and next, including his role as Toledo in the Denzel Washington-produced Netflix adaptation of August Wilson’s 1982 play, Ma Rainey’s Black Bottom. Turman stars opposite Chadwick Boseman, Viola Davis, and Colman Domingo. He also starred in the AT&T Audience Network’s Mr. Mercedes, opposite Brendan Gleeson. As Judge Bernard Raines, the no-nonsense judge presiding over Lou Linklatter’s murder trial, he suffers no fools and takes no prisoners. He is none too pleased with the lawyers working on this case who seem hell bent for trial. Turman also had strong supporting roles in TNT’s Claws, as Niecy Nash’s character’s father; in Netflix’s Marlon Wayans film Sextuplets; and in Ben Affleck’s drama film The Way Back for Warner Bros. In 2020, Turman starred in the critically acclaimed Netflix film Ma Rainey’s Black Bottom and FX’s new season of Fargo, opposite Chris Rock.