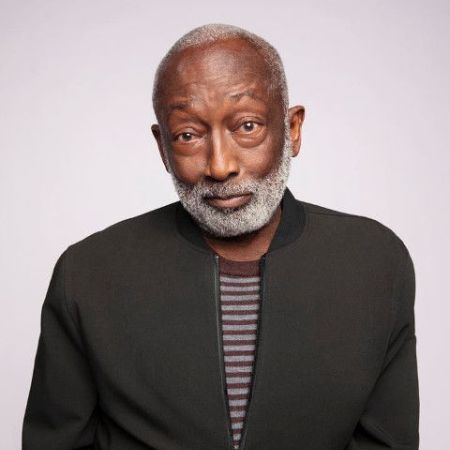 Born in New Orleans and raised by his Baptist Minister grandfather, he spent his childhood singing in the church choir and eventually trained at the Julliard School of Music. His first professional break was performing with the Harry Belafonte Singers whom he remained with for ten years. During this time, Morris branched out into acting appearing in both Broadway and Off-Broadway musicals including Porgy and Bess, Show Boat, Finian’s Rainbow, Ain’t Supposed To Die A Natural Death, The Great White Hope, and The Basic Training of Pavlo Hummer.

Although Morris’s television and film career spans over 30 years, he is most well-known to audiences as one of the original cast members on NBC’s landmark youth-oriented comedy variety series, Saturday Night Live. His impersonations of Dominican baseball player Chico Escuela, Sammy Davis, Jr., Tina Turner, James Brown, and Ella Fitzgerald (to name a few) are among the show’s most popular.  He also played the original Ant Man, which led to a cameo in the Marvel smash hit 2015 film.  Upon his departure from SNL in the 1970s, his play The Secret Place was produced. Morris returned to television in the mid-‘80s on shows such as It’s Your Move, Hunter, Diff’rent Strokes, The Jeffersons, and Hill Street Blues. He continued to find success well into the ‘90s with recurring roles on popular shows including Martin, Cleghorne!, The Jamie Foxx Show, and The Wayans Bros.  Other television credits include roles on According to Jim, Justice League, The Hughleys, Noah’s Arc, All of Us, and Family Guy.

He made his television debut on Roll Out, a short-lived sitcom about the mostly black 5050th Trucking Company in France during WWII.

In 2014, Morris teamed up with noted jazz musician Billy Mitchell to record the CD Black Creole Chronicles.  Morris wrote several of the songs and goes back to his musical roots by singing each track, based on his life growing up in New Orleans.

Morris resides in Los Angeles where he owns and operates The LA Blues & Comedy Club. In 2007 Garrett was honored by Los Angeles Mayor Antonio Villaraigosa for his work and contributions to the black community.