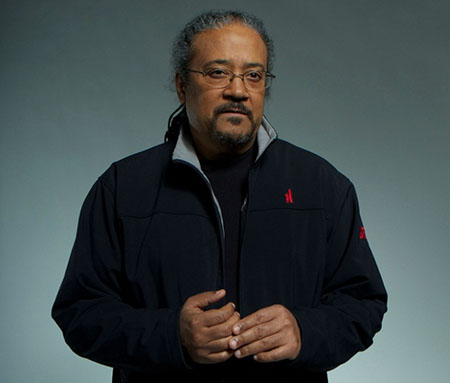 An Emmy, Peabody, and two-time Image Award-winning film and television veteran whose signature brand of visual storytelling has been entertaining movie and TV fans for more than 30 years. Dickerson’s extensive work on the silver screen and on television has successfully solidified him as one of Hollywood’s top creative talents.

A native of Newark, New Jersey, Dickerson earned his undergraduate degree from Howard University, after which he attended New York University’s Tisch School of the Arts. There, Dickerson met filmmaker Spike Lee, with whom he would ultimately collaborate as Director of Photography on such classic films as She’s Gotta Have It (1986), School Daze (1988), Do the Right Thing (1989), Mo’ Better Blues (1990), and Malcolm X (1992).

Dickerson’s 1992 feature directorial debut, Juice—an urban drama whose social and cultural resonance continues to this day, and which launched the film careers of Tupac Shakur and Omar Epps—gave way to other big screen credits, such as Surviving the Game (1994), Tales from the Crypt: Demon Knight (1995), Bones (2001), and Never Die Alone (2004). His work as a visionary filmmaker and storyteller has been showcased in some of the top television shows of the past decade, including hit series like The Wire, The Walking Dead, Treme, Dexter, Heroes, and many others.

Some of Dickerson’s most recent television credits includes the 2022 premier of HBO’s Raised by Wolves, along with DMZ and Interrogation, where he also served as Executive Producer on both; Amazon’s Bosch and The Man in The High Castle; Netflix’s House of Cards and Seven Seconds; and Epix’s hit series Godfather of Harlem.  Dickerson’s independent feature Double Play (2017), based on the internationally acclaimed Frank Martinus Arion novel and filmed on the island of Curaçao, began streaming in North America in February 2022.

Dickerson, who is a long-standing member of the Directors Guild of America (DGA) and the American Society of Cinematographers (ASC), currently resides in Los Angeles, California.

View Full Festival Schedule
Saturday, April 23
9:00 am - 11:00 am
THE THIRD MAN (1949)
Essentials
Discussion before
Ernest R. Dickerson, Eddie Muller
Chinese Multiplex House 1
Be in the know on everything related to the TCM Classic Film Festival Sign Up For TCM Emails
By clicking the 'Submit` button I acknowledge the Privacy Policy