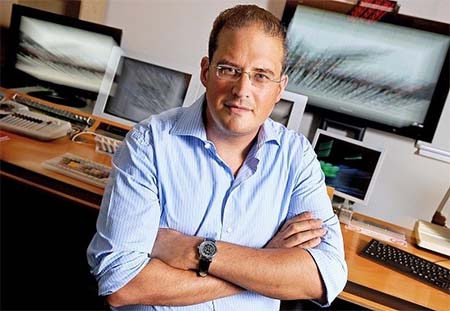 Born in Australia, Eric Friedler is one of Germany’s most acclaimed documentary filmmakers, whose innovative films have won numerous national and international prizes. His evocative case study, The Girl (2014), about a young German who was killed in 1977 during the Argentine military dictatorship, was an overwhelming success with both audience and press. Among his latest works are It Must Schwing: The Blue Note Story (2018) and Wim Wenders, Desperado (2020). He lives in Hamburg, Germany, with his family.

View Full Festival Schedule
Sunday, April 24
9:00 am - 11:00 am
WIM WENDERS, DESPERADO (2020)
Discoveries
Discussion before
Eric Friedler, Alicia Malone
Chinese Multiplex House 6
Be in the know on everything related to the TCM Classic Film Festival Sign Up For TCM Emails
By clicking the 'Submit` button I acknowledge the Privacy Policy