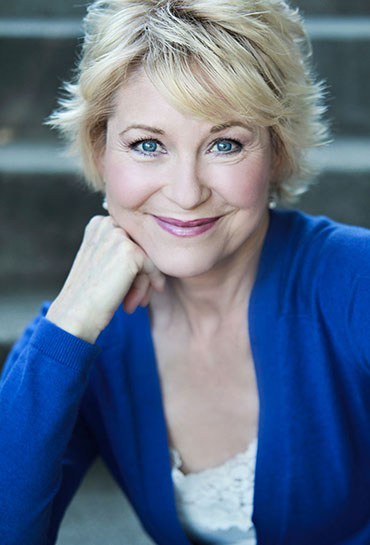 More than four decades ago, Dee Wallace, a gifted young actress from the wilds of Kansas, dropped into Hollywood with hopeful expectations. Two years later she landed the role of a lifetime and walked onto a soundstage knowing that playing Mary, the smart, funny young mother of Michael, Elliott, and Gertie, was going to change her life.

Born into a loving but impoverished family, Deanna Bowers was the bright, beautiful peacemaker of an alcoholic father and a mother who put aside her own dreams in order to support her husband and maintain a happy, stable home. Like so many others who will relate to her childhood, Dee grew up under the push-pull pressure of wanting to perform and make her father proud—and happy enough not to drink—and at the same time remaining quiet and sweet so as not to give family anger a reason to surface. With welcome clarity and honesty and without a trace of self-pity, she writes about these experiences as she was growing up, including her father’s tragic suicide, and then shows how, until examined and reconciled, they kept cropping up again and again in her personal and professional life. Even readers whose early lives were less dramatic and ultimately less tragic will be guided to recognize these same self-destructive patterns, and cheered to know their own bright lights, once uncovered and freed from fear, still burn.

Indeed, even with the unprecedented critical and popular success of E.T. the Extra-Terrestrial (1982) and stellar reviews of her performance in it, the next years did not bring the expected acclaim and financial security. Rather, they brought her the opportunity to leave fear behind as she somehow lived through the loss of her soulmate, the knowledge of perfect love as she welcomed her long-awaited and only child, and the time to look at the life she had created and the ability to re-connect with her inner light and begin to create something new: herself. It wasn’t the red-carpet life she had expected, but it was so much better.

Wallace has never stopped working in film, television, and stage, and has more than 130 films and scores of television roles and series to her credit. She is currently among a handful of in-demand actresses for guest starring roles in TV drama.  Her irresistible presence on speaking forums and two top internet radio shows have made her a sought-after inspirational speaker, spiritual teacher, and healer.

Dee is a true tour-de-force, working with every kind of costar from Cujo to Lassie, as well as countless directors, producers, and some of Hollywood’s biggest names, including Peter Jackson, Wes Craven, Joe Dante, Stephen King, and Blake Edwards. Ms. Wallace became an icon in the role that would define motherhood for a generation, as Mary in Steven Spielberg’s E.T. the Extra-Terrestrial. Her 150 films range from some of the scariest to some of the funniest ever made, including 10 (1979), The Howling (1981), Cujo (1983), Critters (1986), and The Frighteners (1996).

She has starred in four television series and more than 400 commercials and is one of Hollywood’s most sought-after TV guest stars, including appearances in Grey’s Anatomy; Cold Case; Without a Trace; Ghost Whisperer; My Name Is Earl; Criminal Minds; Saving Grace; Law & Order: LA; and The Office. A beloved acting coach, she is also an internationally known healer, with two global radio shows and a series of healing seminars. Her insight into the joy of “conscious creation” was one of the reasons she was led to share her knowing with a larger audience through Bright Light.

In her third book, Bright Light (O-Books), she takes readers along on an emotional, spiritual, and professional journey, but even as we cheer for her triumphs and grieve for her unbearable losses, she doesn’t allow us to sit on the sidelines as merely an audience to her life. Rather, she uses her journey as a metaphor for always expanding the lessons she experienced in her own life to a larger wisdom valuable for all of us. Her gifted writing is inclusive, reaching out to connect with readers as with unflinching honesty she takes responsibility for the manifestation of pain and disappointments in her life, as well as the creation of love and happiness for its joys and successes. And she beckons her readers, who almost imperceptibly recognize their own journey, to learn from the spiritual lessons, which are the focus of each chapter.

In 2014—now internationally known for her four series and over 250 films and TV movie credits, plus appearances in hit series such as NBC’s Grimm, as Monroe’s mother, and ABC’s The Whispers, reuniting with E.T. director Spielberg—Dee proudly announced the release of two new e-books: “Wake Up Now! A Book of Universal Truths” and “Getting Stuff: Everything Is Possible.”

In 2014, Dee and her daughter, Gabrielle Stone (Speak No Evil, 2013; Stray, 2015; etc.), followed in the footsteps of other famous mother-daughter teams by appearing together in Zombie Killers: Elephant’s Graveyard (2015), with Billy Zane.

As a much sought-after speaker, Dee has spoken at numerous national and international venues and outlets including TED Talks, the Love and Harmony Forum in Japan, the Dillon Lecture Series, Unity Temple, the Kansas Film Commission, and has been asked to speak in China, New Zealand, Amsterdam, Australia, England, and all across the United States and Canada. Dee has appeared on every major news and talk show and has been featured on The E! True Hollywood Story and Oprah.

In her new release, Born: Giving Birth to a New You, she expands the concepts of Law of Attraction exponentially and awesomely simplifies everything you think you know about the power of Self-Creation. Born is a book about Directing Energy, Knowing, Neutrality, Self-Actualization, Knowing You are the Power, Claiming Your Desires, and Easy Creation. Wallace’s Born is a powerful book about how Spirituality, Brain Science, and Religion are all teaching the same principles, and how you can easily use them in creating your life. In addition, Dee is releasing BuppaLaPaloo & the I LOVE MEs: The Most Powerful Little Bear on the Planet as a children’s companion piece to Born. The lessons of the BuppaLaPaloo books are centered on self-love, empowerment, choice, and action for children at the beginning stages of defining themselves, which define their lives.