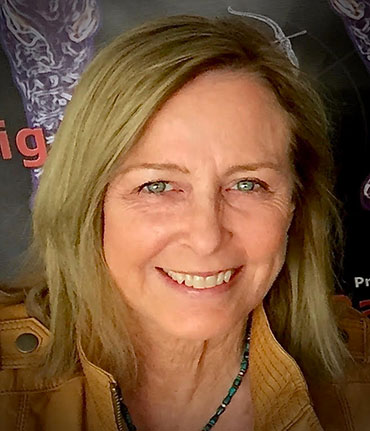 The writing was on the wall from the age of six when Debbie Evans started riding motorcycles in her hometown of Lakewood, California. By the age of nine she started competing in the sport of motorcycle trials, becoming the first woman to reach the rank of Expert, successfully competing against the men. She was considered the best female Moto Trials rider in the United States, earning factory-backed sponsorship from Yamaha.

Her entertainment roots began with halftime shows at various stadium motorcycle events, which included her famous headstand on the seat of a balancing motorcycle. Not one to shy away from the challenge of a male-dominated field, she accepted the offer to do a motorcycle jump over a 30-foot ravine for the movie Deathsport in 1977. This job would be the beginning of a stunt career, still going to this day, that would garner her accolades and awards for future work. Shortly after her path started, things exploded for Debbie when she tied for second overall in the 1978 CBS Stunt Competition as the only female competitor. Debbie won first place in the car race, beating out all the top male stunt drivers.

Debbie honed all aspects of her physical ability, performing just about every stunt there is quickly to be recognized as one of the best all-around stuntwomen in the business. Debbie has won seven Taurus World Stunt Awards, one of the highest acknowledgements in her industry. She has also been inducted into the AMA American Motorcycle Hall of Fame, the Hollywood Stuntmen’s Hall of Fame, and the TrailBlazers Hall of Fame; was awarded the Artemis Stunt Lifetime Achievement Award; and is a charter member and Vice President of the United Stuntwomen’s Association.

Debbie has served on the SAG/AFTRA National and L.A. Local Board, is a cochair for the Los Angeles Stunt and Safety Committee, and serves on the World Taurus Stunt Awards Blue Ribbon and Foundation committees.

Debbie is well respected and admired for her tenacity, talent, integrity, and humble demeanor. She has been married to her soul mate, Lane Leavitt, since 1979 and they have three wonderful children: Steven, Daniel, and Rebecca.

View Full Festival Schedule
Saturday, April 23
1:00 pm - 2:00 pm
CATCH THEM IF YOU CAN: A CELEBRATION OF THE GREAT MOVIE CHASE
Debbie Evans, Buddy Joe Hooker, Scott McGee
Club TCM at The Hollywood Roosevelt Hotel
Be in the know on everything related to the TCM Classic Film Festival Sign Up For TCM Emails
By clicking the 'Submit` button I acknowledge the Privacy Policy