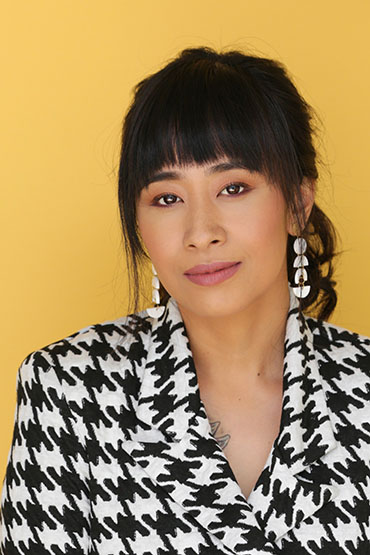 Charlene deGuzman first garnered attention from tweeting her self-deprecating thoughts as @charstarlene and Rolling Stone named her one of the “Funniest People on Twitter Right Now.” She went on to write and star in her own short films, and her most popular one, “I Forgot My Phone,” has over 52 million views and was featured in the New York Times, NPR, Time, Vice, and more. Her first feature film, Unlovable, a Duplass Brothers production that she wrote and starred in with John Hawkes and Melissa Leo, premiered at SXSW in 2018, received special jury recognition, and was picked up by MGM’s Orion Classics. Unlovable was made after Charlene sent a DM to Mark Duplass and then used Twitter to crowdfund over $64K, receiving support from people like Adam McKay, Jason Reitman, Seth MacFarlane, and Patton Oswalt. In 2020, Charlene’s short film made in quarantine, “Inner Child,” was selected for the Sony Pictures Reel Her In Festival. Charlene has been in television and films and has performed live at the Upright Citizens Brigade Theatre, Second City, Mortified, Uncabaret, and more.