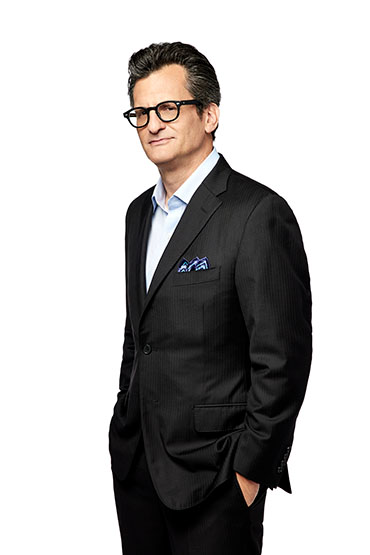 Ben Mankiewicz is the primetime host of Turner Classic Movies. When he made his TCM debut in September 2003, he became only the second host hired in the network’s history.

Mankiewicz is the host of TCM’s first podcast, The Plot Thickens. Each of the three seasons, I’m Still Peter Bogdanovich, The Devil’s Candy, and Lucy, were met with outstanding reviews and industry awards.

Since 2019, Mankiewicz has served as a contributor to the Peabody and Emmy-winning news magazine, CBS News Sunday Morning, and has hosted the American Society of Cinematographers Awards since 2018.

Prior to TCM, Mankiewicz worked as a reporter and anchor in Charleston, SC, and Miami, FL, twice being named Best Anchor in South Florida by The New Times. Additionally, he contributes to The Young Turks, an online political show he co-founded with Cenk Uygur in 2002.

Mankiewicz moved to Los Angeles nearly 75 years after his grandfather, screenwriter Herman Mankiewicz (“Mank” to his all his friends), headed west to work in the movie business. Soon after arriving, Herman cabled his friend Ben Hecht in New York, “There are millions to be grabbed out here and your only competition is idiots. Don’t let this get around.” His grandson is now proudly one of those idiots.

He’s a graduate of the Columbia University Graduate School of Journalism, Tufts University, and Georgetown Day High School in Washington, DC, the school with the worst mascot in recorded history: the Grasshoppers.

Mankiewicz lives in Santa Monica with his beautiful wife, their beautiful daughter, one perfect dog, and one other dog, who’s available for adoption at any time. Seriously, please take him.