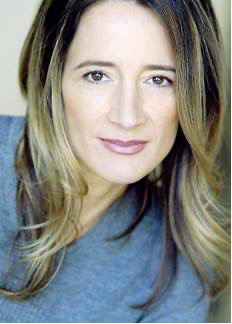 Anne Ramsay has an extensive career in television, appearing in many well-known sitcoms, most recently Mad About You for Spectrum TV, as well as several dramas. She has also guested in the NBC Pilot Ordinary Joe and, most recently, the HBO Max docuseries Equal. In addition, she has guest-starred in an episode of Andrea Savage’s hit TruTV Comedy I’m Sorry. Anne has been featured in the serialized drama Mélange. Anne had a recurring role on The Secret Life of the American Teenager for Freeform (f.k.a. ABC Family), appearing in more than 40 episodes. She has also guested in some of the most prolific shows of our time, including Dexter and Six Feet Under.

On the film side, Anne starred in the critically acclaimed found footage horror film The Taking of Deborah Logan in 2014, produced by Jeff Rice and Bryan Singer. She has also appeared in several other films such as Good Girls Get High (2018), Bombshell (2019), and most recently the 2021 drama Violet. Anne is a terrific person and is totally professional at all times. She is well liked for her acting and personality over many years.