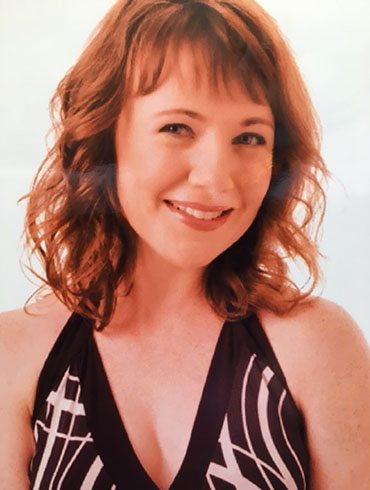 Two-time Golden Globe nominee Aileen Quinn is best known for her performance in the title role of the 1982 film Annie, directed by John Huston and also starring Carol Burnett and Albert Finney. In addition to her Golden Globe nominations, she was awarded Best Young Motion Picture Actress at the Youth in Film Awards. Aileen has also recorded two albums with Columbia Records: the multi-platinum selling Annie soundtrack and a solo album, Bobby’s Girl, produced by legendary Barbra Streisand and Dolly Parton producer, Gary Klein. She made her Broadway debut at age 8 in Annie as an Orphan. For decades, she has continued being a triple threat performer: acting, singing, and dancing on Broadway, off-Broadway, in Broadway national tours, regional theatre, film, television, commercials, animation, and voiceovers. Currently, Aileen performs as the lead singer and co-founding member of the band Aileen Quinn and The Leapin’ Lizards, in the styles of rockabilly, swing, and blues. She leads her group with her soulful and sassy vocals, performing tunes from the Roaring Twenties through the rocking and swinging ‘50s and ‘60s. Her original songwriting skills can be heard on the albums Spin Me and Lightning and Thunder, available on iTunes, Spotify, Amazon Music, and all streaming platforms, as well as available for signed purchase on the band’s website, aileenquinnandtheleapinlizards.com. A third album is currently in the works.