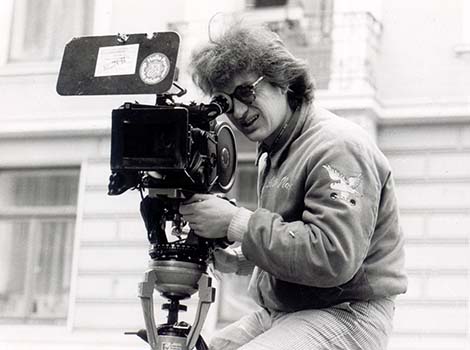 From his first solo feature, Summer in the City (1971)—about a man searching for purpose after he’s released from prison—through his most recent, Pope Francis: A Man of His Word (2018)—a documentary about the current pope’s efforts to spread peace—German filmmaker Wim Wenders has been the poet laureate of wanderers and dreamers. His many films include key works in the New German Cinema, The American Friend (1977) and Paris, Texas (1984); documentaries like Buena Vista Social Club (1999); and the internationally acclaimed Wings of Desire (1987). Documentarians Eric Friedler (2018’s It Must Schwing: The Blue Note Story) and Campino (lead vocalist of the punk band Die Toten Hosen) follow Wenders through a year of his life as he travels through Berlin and to the Texas desert, revisiting the iconic locations for some of his films and the places that helped shape his life and artistry. He also encounters contemporaries and collaborators like directors Francis Ford Coppola and Werner Herzog; rock legend Patti Smith; and actors Willem Dafoe, Andie MacDowell, Amanda Plummer, and Patrick Bauchau. (d. Eric Friedler and Campino, 120m, Digital)