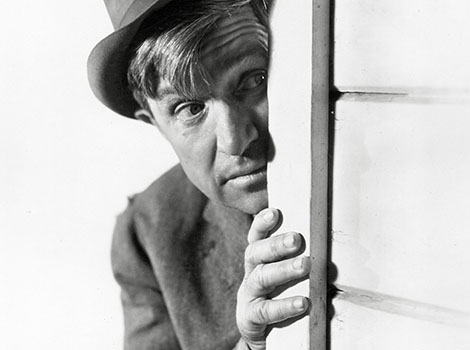 Will Rogers borrowed a page from Charlie Chaplin’s book 90 years ago when he played a tramp, albeit a slightly more dramatic one, in this remake of one of his biggest silent hits. The original, Jubilo (1919), had been only his third film and was so successful it cemented his transition from the Ziegfeld Follies to the movies. A decade later, that film’s producer, Sam Goldwyn, suggested he consider a remake, which was made at Rogers’s new home studio, Fox. He stars as Jubilo, a hobo with a distinct aversion to labor who decides to head to California to confront the politician (Frederick Burton) who stole his wife while he was off fighting in World War I. Instead of ruining the man, however, Jubilo sets out to help him solve his family problems. At the time, Rogers was the third most popular star at Fox, behind Janet Gaynor and Charles Farrell. He would overtake them within a year, and by 1934 he was the nation’s top box office star. A bit of trivia: His character’s name here comes from the 1862 Civil War song “Kingdom Coming” (a.k.a. “The Year of Jubilo”), written by abolitionist Henry Clay Work. (d. John G. Blystone, 76m, 35mm)