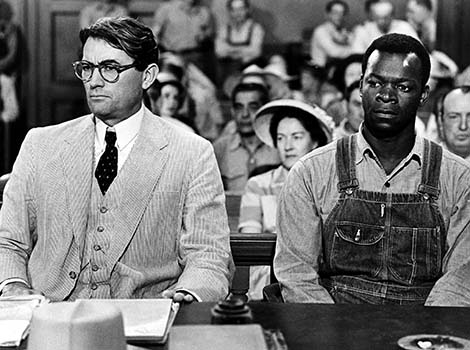 Gregory Peck finally made it into the Academy’s winner’s circle thanks to the release, 60 years ago, of this moving, inspirational drama. The adaptation of Harper Lee’s Pulitzer Prize-winning novel stars Peck as Atticus Finch, a small-town Alabama lawyer raising two children on his own. When he agrees to defend a Black man (Brock Peters) who is falsely accused of assaulting a white woman, it sets the stage for a series of explosive confrontations underlining his commitment to justice and racial equality. For all the courtroom drama, however, the focus of the film is Finch’s bond with his six-year-old daughter (Mary Badham), a reflection of Lee’s relationship with her father. Peck met with Lee’s father shortly before his death and did such an expert job of capturing his mannerisms that on the film’s first day, she burst into tears at the sight of him in costume. After filming, she gifted him her father’s prized pocket watch. Along with the main child actors (Badham, Phillip Alford, and John Megna), Robert Duvall also made his film debut as their mysterious neighbor, Boo Radley. (d. Robert Mulligan, 130m, Digital)