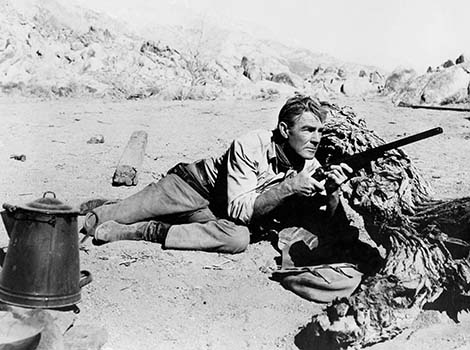 In this world premiere of a new 4k restoration, the second in a cycle of Westerns that Randolph Scott made with director Budd Boetticher is one of their most complex and entertaining. In an adaptation of Elmore Leonard’s “The Captives,” Scott plays a cowboy taken hostage by bandits, along with a pair of newlyweds. The gang’s leader (Richard Boone) identifies with the cowboy and tries to win him over, even as Scott’s character is falling for the bride (Maureen O’Sullivan). Though they had first worked together on The Desperadoes (1943), Scott and Boetticher had their first credited pairing with the 1956 Western 7 Men from Now, produced by John Wayne’s Batjac Productions. Beginning with The Tall T, they made their films at Scott’s own production company, and one hallmark of their collaborations there is the liberal use of comedy, as seen in the opening of this film. It also has one of the cycle’s best villains in Boone, whose fascination with Scott is one of the film’s most richly compelling elements.