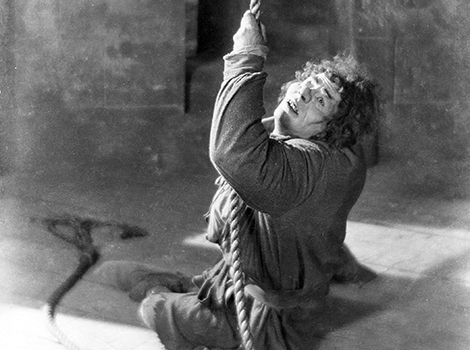 Universal’s lavish production of Victor Hugo’s classic novel remains an impressive silent movie spectacle in this 100th anniversary screening. Lon Chaney shot to stardom thanks to his role as captive bell-ringer Quasimodo, one of the screen’s great sympathetic heroes, who becomes the protector of alluring dancer Esmeralda (Patsy Ruth Miller).