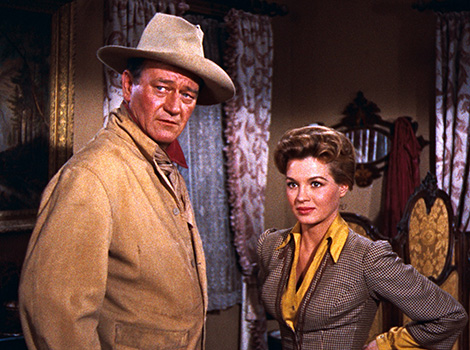 This hit Western from Warner Bros. stars John Wayne as a sheriff with an unlikely group of allies, including Dean Martin, Ricky Nelson, and Angie Dickinson, as they help defend against a gang of armed attackers intent on breaking out a prisoner. Richly filmed in Technicolor, this landmark film looks better than ever in a world premiere 4k restoration.