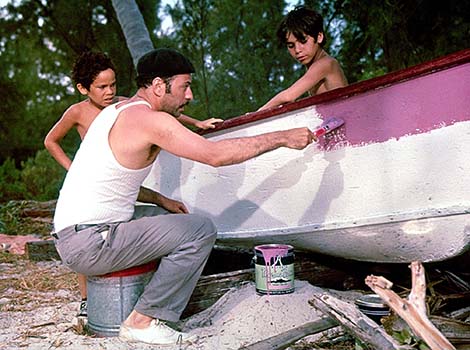 Director Arthur Hiller captured Spanish Harlem in all its bustling glory for this family comedy. Alan Arkin stars as a single father working three jobs to provide for his two sons (the wonderfully natural Reuben Figueroa and Miguel Alejandro). He dreams of making enough money to marry his girlfriend (Rita Moreno) and buy a nice home, but as gang violence increases around them, he instead comes up with a crazy plan to help them find better lives. After teaching the boys how to row, he takes them to Miami and sends them off in a small boat, hoping they’ll be mistaken for Cuban refugees and adopted by a wealthy family. Although filled with comic touches, the film also makes strong comments about race in America, family ties, and the lengths to which parents will go to help their children. Arkin had originally turned down the role, but husband-and-wife team Lester and Tina Pine did a rewrite that brought Arkin on board, and he went on to receive a Golden Globe nomination. (d. Arthur Hiller, 113m, Digital)

Special Guest Luis I. Reyes
Be in the know on everything related to the TCM Classic Film Festival Sign Up For TCM Emails
By clicking the 'Submit` button I acknowledge the Privacy Policy