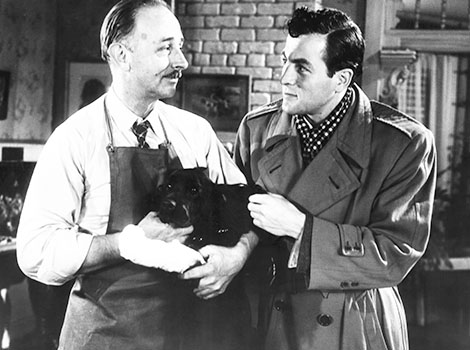 Although overshadowed by the justly acclaimed Kiss Me Deadly (1955), the first film to feature Mickey Spillane’s detective Mike Hammer has a lot to recommend it. The picture was adapted from the original Hammer novel by director Harry Essex, who captured the story’s tough-guy dialogue and moral ambiguity. When his best friend is murdered, Hammer (Biff Elliot) sets out to find the killer on his own, leading the press to label him “I, the Jury.” His investigation digs up a gallery of crooks and a sultry psychoanalyst (Peggie Castle)—one of the genre’s most fascinating femmes fatales. It’s all shot by one of the leading figures in film noir, John Alton, who had pioneered the use of chiaroscuro effects for such pictures as T-Men (1947) and Raw Deal (1948). He got to work in 3D for this film, which will be on display in this special screening. Alton creates some impressive shots that build the tension, despite the film’s low production budget. With no money for establishing shots, he cleverly uses Christmas cards to introduce scenes, providing an ironic contrast to the brutal world in which Hammer moves. (d. Harry Essex, 87m, Digital, 3D)