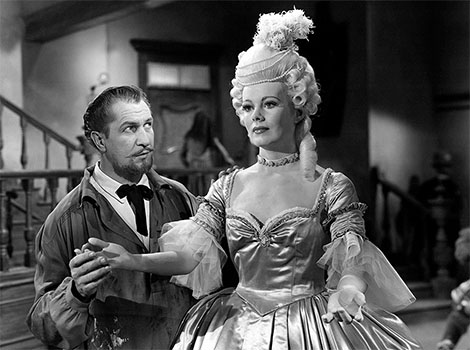 This Warner Bros’ production, directed by Andre de Toth, is notable in motion picture history in many ways, but none more so than it was the first color 3D film released by a major American studio and that it began the horror film career of an actor synonymous with the genre: Vincent Price. Here, Price stars as a visionary wax figure sculptor driven to homicide when he is disfigured physically and morally after his beloved, but financially unviable, wax museum is destroyed by his business partner for insurance money. This 70th anniversary screening is presented as part of our WB100 celebration.