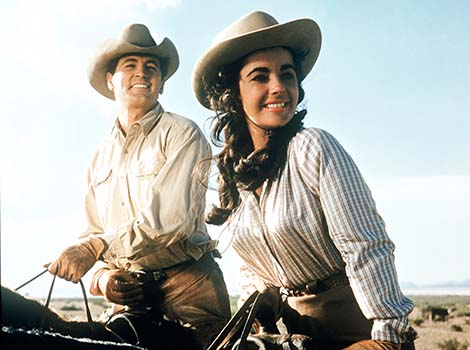 Producer-director George Stevens’s tribute to the Lone Star State has never looked better, with a dazzling restoration making its world premiere at the TCM Classic Film Festival. Based on Edna Ferber’s sprawling novel, the film traces three decades of Texas history, from the cattle-based, white-ruled economy of the 1920s to the oil-rich, more diverse world of the 1950s. Rock Hudson and Elizabeth Taylor star as Bick and Leslie Benedict, who raise a family against the backdrop of changing times. While the two stars deliver justly acclaimed performances, most of the film’s fame rests on the work of James Dean as Jett Rink, a poor ranch hand who strikes it rich in oil. The film brought Best Actor nominations to both Hudson and Dean, while also scoring eight other nominations and winning for Best Director. Despite Giant’s box-office success and critical acclaim, its prints have deteriorated badly over the years. Stevens’s son, producer George Stevens, Jr., participated in the 4k HDR and audio restoration at Warner Bros., in partnership with The Film Foundation. (d. George Stevens, 201m, Digital)