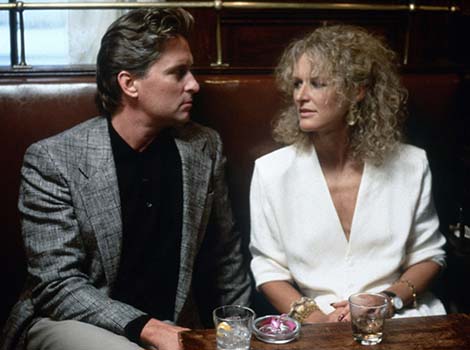 35 years ago, Glenn Close delivered one of her most iconic performances when she proudly proclaimed, “I’m not gonna be ignored!” Her Alex Forrest relentlessly stalks married lawyer Dan Gallagher (Michael Douglas) when he dumps her after a brief affair. The stylish erotic thriller triggered controversy when feminists complained that James Dearden’s script had been re-written (by an uncredited Nicholas Meyer) to make Alex too much of a villain and let Dan off the hook. The strength of Close’s performance, however, lies in the fact that she never viewed the character as a villain, consulting three different therapists to understand the character and create her backstory. Audiences loved it, making it the year’s top grosser internationally. And it proved Close’s versatility; the producers hadn’t initially thought she was the right fit for such a sexually charged role. Both she and Anne Archer, as Douglas’s wife, were Oscar-nominated. The film has since been adapted to the stage and a remake is in development. (d. Adrian Lyne, 120m, Digital)