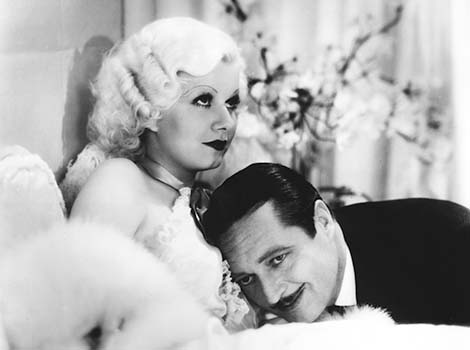 George Cukor started his long association with MGM by using this adaptation of George S. Kaufman and Edna Ferber’s hit play to help turn Jean Harlow into a star. He also captured some of the best screen work ever from John Barrymore, Marie Dressler, Wallace Beery, and Billie Burke. Like the original play, the film follows the preparations for a society dinner party that slowly falls apart as guests and the hosts turn out to be far different than their sophisticated exteriors. The picture was producer David O. Selznick’s first at MGM, and he wanted to outdo the success of Grand Hotel (1932), the studio’s first all-star film. To do that he teamed Barrymore, Beery, Lionel Barrymore, and Jean Hersholt from the earlier film with more stars and brought Cukor over from RKO. Then Frances Marion and Herman J. Mankiewicz punched up the already strong script with even more comedy, including a classic final exchange between Dressler and Harlow. Whether it was Cukor’s influence or the fact that she hated Beery as much as her character hated his, Harlow turned in a scene-stealing performance as his gold-digging wife in Adrian’s stunning bias-cut white gowns. (d. George Cukor, 111m, 35mm)