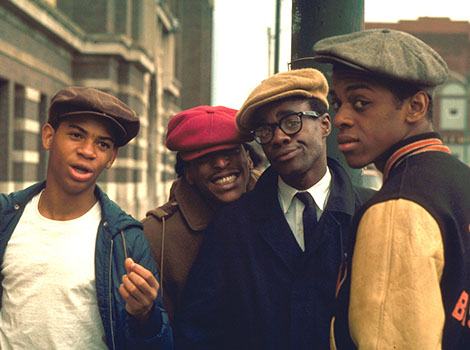 One of the most influential African American films of the 1970s, this coming-of-age tale was inspired by writer Eric Monte’s experience growing up in Chicago’s Cabrini-Green housing project, where he attended the real Cooley Vocational High School. Indie studio American International Pictures developed his story and had the wisdom to hire a Black director, Michael Schultz, to shoot the low-budget film on location. Glynn Turman stars as Preach, who dreams of writing plays while palling around with basketball champ Cochise (Lawrence Hilton-Jacobs). Their episodic adventures and a soundtrack filled with Motown classics helped turn the picture into one of the year’s biggest hits. It had a major influence on writer-director-actor Robert Townsend—who had a one-line bit—and John Singleton, among other Black filmmakers who saw its use of three-dimensional characters and focus on friendship as a breakthrough. It also inspired the hit TV series What’s Happening!! (d. Michael Schultz, 108m, 35mm)