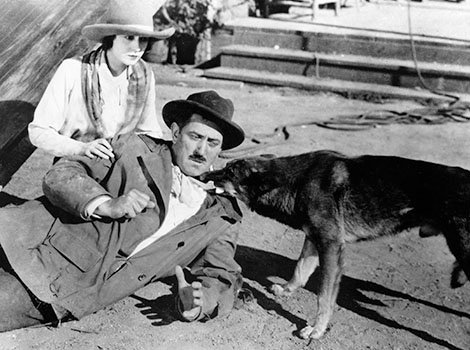 In this seventh of fifteen films Warner Bros. produced featuring Rin Tin Tin, the canine action hero plays an injured wolf, Lobo, who is befriended by a struggling young prospector. Lobo has a chance to return the favor—and derring-do ensues—when a villain attempts to jump the prospector’s claim. This screening, presented as part of our WB100 celebration, will feature the premiere of a new musical score composed and performed live by silent film accompanist/historian Ben Model.

Preserved by the Library of Congress.