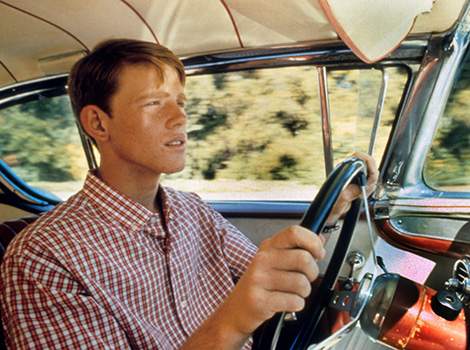 Young actors Richard Dreyfuss and Ron Howard lead this popular coming-of-age film, now in its 50th anniversary, about a group of teenagers spending the last night of the summer of 1962 in their small California town. Writer-director George Lucas follows his cast from the diner to the sock hop, cruising in vintage hot rods to a soundtrack of timeless rock ‘n’ roll hits.