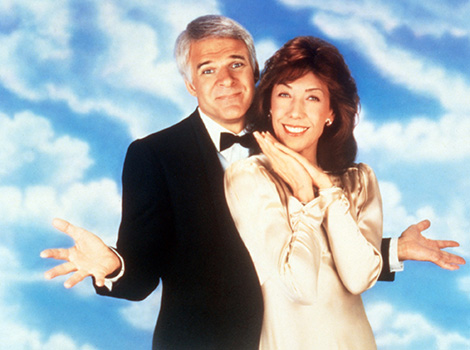 Nothing can keep Lily Tomlin’s indomitable spirit down. Although her character, a wealthy invalid, dies in the first act of this infectious comedy, her soul lives on by migrating into the body of lawyer Steve Martin. It’s part of her plan to inhabit the body of a healthy young woman (Victoria Tennant) to whom she has left her considerable fortune. As she fights to get Martin’s body to follow her bidding, he has a perfect opportunity to demonstrate his talents for physical comedy while Tomlin, on the soundtrack, gets to show how perfectly she can mine a character for humor and humanity. This was the fourth and final film Martin made with director Carl Reiner, who had launched the comedian’s career as a film star with The Jerk (1979). With Best Actor wins from the New York Film Critics Circle and the National Society of Film Critics, Martin considered All of Me the start of his grown-up film career. For Tomlin, who had won awards from the same groups for her film debut in Nashville (1975), the film was her biggest hit since Nine to Five (1980). (d. Carl Reiner, 92m, Digital)