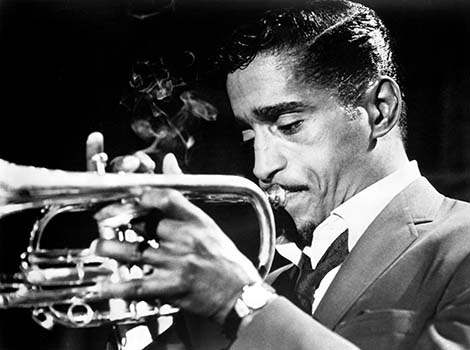 From the animated credits playing over Benny Carter’s score to Sammy Davis, Jr.’s freewheeling, deeply felt performance as a trumpeter, this film is all jazz. Davis stars as a temperamental musician, as famous for his outbursts as his inspired playing. A meeting with a Civil Rights activist (Cicely Tyson) inspires him to get his life under control, even in the face of a racist society. Nat King Cole had developed the project before his death in 1965, and the younger Davis jumped at the chance to do some serious acting after his more lighthearted performances with the Rat Pack. Davis cast his pal Peter Lawford against type as his manipulative manager. He also filled the film with music greats, including Louis Armstrong, Mel Tormé, and his conductor and arranger, George Rhodes. Nat Adderly dubbed Davis’s trumpet-playing while legendary saxophonist Carter provided the background score. The film did surprisingly well at the box office and became a cult hit in England, where the jazz group AMCA took its name from the title. (d. Leo Penn, 104m, 35mm)