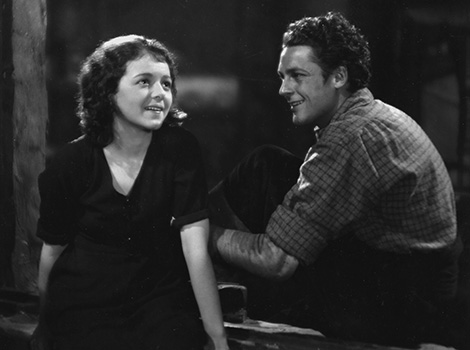 The TCM Classic Film Festival brings this silent love story back to the big screen for an unforgettable moviegoing experience with live accompaniment by the Mont Alto Motion Picture Orchestra. Critics have hailed 7th Heaven as the quintessential expression of director Frank Borzage’s romanticism. One element of that is his inspired teaming of Charles Farrell, as a Parisian sewer worker, and Janet Gaynor, as the waif he saves from a life of prostitution. They proved such popular pair that they were reunited for 11 more films, two of them directed by Borzage. 7th Heaven also established Fox Studios as a major player, both at the box-office and at the 1st Academy Awards ceremony in May 1929. It topped the field there with five nominations and won for Borzage, Gaynor, and screenwriter Benjamin Glazer. When sound technology came around, Fox re-issued it with a synchronized score to even more success. With the addition of the tune “Diane,” named for Gaynor’s character, it is considered the first film to produce a hit theme song. (d. Frank Borzage, 110m, Digital)